Income Inequality Is a Problem—When Caused by Government Meddling

Political-economic systems throughout the world are built on deeply rooted and long-established systems of privilege for the well-connected. 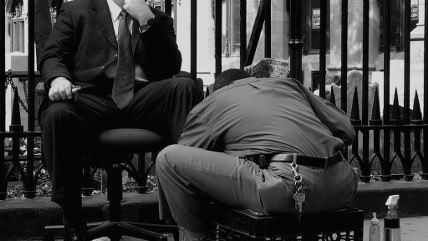 We can identify two kinds of economic inequality, and let's keep this in mind as we contemplate what, if anything, government ought to do.

The first kind we might call market inequality. Individuals differ in many ways, including energy, ambition, and ingenuity. As a result, in a market-oriented economy some people will be better than others at satisfying consumers and will hence tend to make more money. The only way to prevent that is to interfere forcibly with the results of peaceful, positive-sum transactions in the marketplace. Since interference discourages the production of wealth, the equality fostered through violence will be an equality of impoverishment.

Is it better that people be equally poor or unequally affluent? This is the important question that political philosopher John Tomasi, author of Free Market Fairness, puts to his classes at Brown University. Would they prefer a society in which everyone has the same low income, or one in which incomes vary, perhaps widely, but the lowest incomes are higher than the equal income of the first society?

Which would you choose? Let's remember that it is entirely possible for the poorest in a society to become richer even as the gap between the richest and poorest grows. Imagine an accordion-like elevator that is rising as a whole while being stretched out, putting the floor further from the ceiling. Would such a society be objectionable? Why is the relative position of the poorest more important than their absolute position? Is concern about relative positions nothing more than envy?

We could argue about that all day, but a much more urgent subject is political-economic inequality. This is the inequality fostered through the political system. Since government's distinctive feature is its claimed authority to use force aggressively (as opposed to defensively), this second sort of inequality is produced by violence, which on its face should make it abhorrent.

Political-economic systems throughout the world, including ones typically thought to be market-oriented (or "capitalist"), such as in the United States, are in fact built on deeply rooted and long-established systems of privilege. Favors, which the rest of us must pay for one way or another, typically go to the well-connected, and prominent business executives have always been well represented in that group.

In the United States this has been true since the days of John Jacob Astor, the fur trader who had the ears of such influential politicians as James Madison, James Monroe, and John Quincy Adams. Government was little more than the executive committee of leading manufacturers, planters, and merchants (to risk opprobrium by paraphrasing Marx). As Adam Smith put it in The Wealth of Nations in 1776, "Whenever the legislature attempts to regulate the differences between masters and their workmen, its counsellors are always the masters."

While business interests today are not the only ones that get consideration in the halls of power, it's a mistake to think they do not retain major influence over government in economic and financial matters. "Regulatory capture" is a well-known phenomenon, and ostensible efforts to limit it always fail.

Unlike market inequality, political-economic inequality is unjust and should be eliminated.

How? By abolishing all direct and indirect subsidies; artificial scarcities, such as those created by so-called intellectual property; regulations, which inevitably burden smaller and yet-to-be-launched firms more than lawyered-up big businesses; eminent domain; and permit requirements, zoning, and occupational licensing, which all exclude competition. These interventions and more protect incumbent firms from conditions that would lower prices to consumers, create self-employment and worker-ownership opportunities, and improve bargaining conditions for wage labor.

Instead of symbolically tweaking the tax code to appear to be addressing inequality—the politicians' charade—political-economic inequality should be ended by repealing all privileges right now.