The pope's "clarification" is implausible but welcome. 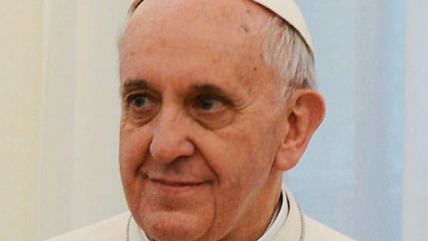 Last week I criticized Pope Francis for saying that the right to freedom of speech does not include the right to "insult the faith of others" and that violence in response to such an offense is "normal." This week Francis said he 1) did not mean to justify violence in retaliation for religious insults and 2) was merely urging prudence and sensitivity rather than endorsing legal limits on speech. The first clarification is more persuasive than the second one, which seems more like a retraction to me.

Here is what Francis said on Monday:

In theory we can say that a violent reaction in the face of an offense or a provocation, in theory yes, it is not a good thing, one shouldn't do it. In theory we can say what the Gospel says, that we should turn the other cheek. In theory we can say that we have freedom of expression, and that's important. But in theory we all agree. But we are human, and there's prudence, which is a virtue of human coexistence. I cannot constantly insult, provoke a person continuously, because I risk making him angry, and I risk receiving an unjust reaction, one that is not just. But that's human. For this reason I say that freedom of expression must take into account the human reality and for this reason it must be prudent. It's a way of saying that one must be educated, prudent. Prudence is the human virtue that regulates our relations. I can go up to here, I can go up to there, and there, beyond that no. What I wanted to say is that in theory we all agree: there is freedom of expression, a violent aggression is not good, it's always bad. We all agree, but in practice, let us stop a little because we are human and we risk provoking the other. For this reason freedom must be accompanied by prudence. That's what I wanted to say.

In his comments last week, Francis never explicitly said violence was OK, merely that it was to be expected. I accept that he did not mean to defend violence, although I still question both the accuracy and the wisdom of declaring that it's only human to punch someone in the nose when he insults your mother or your religion. Francis even went so far as to say that he himself would respond violently if someone insulted his mother. Expectations matter, and if we expect violence in situations like these, we will get more of it. Even though Francis says a violent response is "unjust," he is offering an appealing excuse for it.

The pope's claim that he was never talking about legal limits on freedom of expression is much harder to believe given the context of last week's remarks. Here is the question to which he was responding:

In other words, Francis was explicitly asked about limits on the "fundamental human right" of free speech. After drawing an analogy between an insult against one's religion and an insult against one's mother (both of which predictably elicit violence), he said, "You cannot provoke, you cannot insult the faith of others, you cannot make fun of the faith….And this is a limit. I've used this example of the limit to say that in the freedom of expression there are limits, like the example I gave of my mother."

It is not surprising that reporters for news organizations such as the Associated Press and The New York Times understood Francis to be saying that religious insults should be banned, especially since they are actually against the law (in certain hazily defined circumstances) in France, which is where the massacre that provoked this whole discussion happened. I still think that is the most plausible reading of the pope's comments last week, which you can read in full here. But if Francis now says he opposes speech restrictions like France's, I am glad to hear it.