Uber and the Flimsy Case for Regulation

There are no compelling reasons to believe that ride-sharing is any riskier than taking a cab. 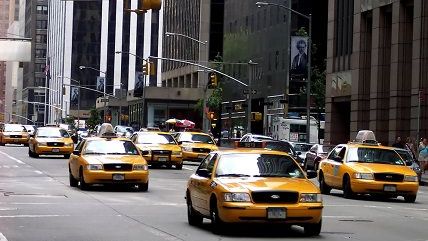 If you've ever stood on a cold street late at night wishing desperately and hopelessly for a cab, Uber is the answer to your prayers. Its pricing model, which includes higher fares at times when demand peaks, is designed to make sure you get a ride whenever you need it.

But instead of seeing this option as heaven-sent, some riders damn the company as Satan's spawn. On New Year's Eve, Uber boosted its New York City fares nearly eightfold to ensure the supply of drivers needed to meet high demand. Some partygoers accepted the offer rather than take the subway, wave forlornly at occupied cabs or stagger home.

The New York Daily News reported that several angry customers posted receipts showing charges of well over $100, with some vowing to boycott Uber. "The most expensive 8 minutes of my life!" fumed one. She was not the first person ever to do something on New Year's Eve that she regretted afterward.

To critics, this episode illustrates the perils of under-regulation. "Surge pricing" is just one. Passengers have been raped by drivers and had their privacy compromised. Pedestrians have been hit by drivers whose insurance may or may not cover them.

"The public safety is at risk," said Illinois state Rep. Mike Zalewski, sponsor of a bill to impose statewide restrictions. "It makes sense to have a basic set of bottom-line regulations."

Does it really? The ride-sharing companies are creating a new market, which inevitably brings mistakes and failures on the way. But the only reason for their existence is the welfare of their customers. If they damage that, they endanger their own survival.

From the news coverage of customers allegedly attacked by Uber drivers, you might forget that rapists are also found driving taxis. In October, a Chicago cabby got a 35-year sentence for sexually assaulting two passengers.

Getting into a vehicle with a stranger can always lead to a bad outcome. But there are no compelling reasons to believe that ride-sharing is any riskier than taking a cab—and some grounds to think it's safer.

Uber claims it undertakes background checks that are "often more rigorous than what is required to become a taxi driver." But it announced a tighter system only after the Chicago Tribune reported in February that it had failed to conduct these checks on thousands of its drivers.

Uber may learn slowly, but it does learn. The bad publicity it gets from criminal drivers gives it a powerful incentive to take strong measures to avoid them.

Passengers have another protection: records, on their smartphones, of who picks them up and where. That feature deters crimes by drivers by making it easy to identify and find them. If you hail a cab on the street, you get in without knowing who's behind the wheel—and if you disappear, no one else may ever know.

Being able to summon a ride with a smartphone app does carry risks to your privacy that flagging down a taxi does not. Uber got so much blowback from a blog item about its data on customers who had used the app after one-night stands—to avoid the morning "walk of shame"—that it took down the post.

But in a competitive market, protecting privacy can be good business. The question is whether passengers really care about Uber's trove of information about them. If strictly safeguarding privacy is valuable enough to influence consumer choices, ride-sharing companies will do it.

The insurance picture is slightly hazy because drivers aren't necessarily covered by Uber's policy in an accident between fares. "It could be a long and complicated process for an injured person to determine how to get compensated," Janelle Orsi, an Oakland lawyer, told the San Jose Mercury News.

But that determination will eventually be made, individually and collectively. That's what courts are for. Insurance companies will respond. If drivers and companies disregard their potential exposure, they may pay a painful price.

Uber has made its share of mistakes. When an executive talked about investigating the personal lives of unfriendly journalists and using derogatory information against them, he deserved the ensuing avalanche of criticism. But such offenses have to be weighed against the millions of rides Uber provides each month.

Heavy government regulation produced a rigid, widely resented taxi industry, whose persistent inadequacies gave rise to a useful and popular alternative. Could be a lesson in that.