Scott Shackford | From the January 2015 issue 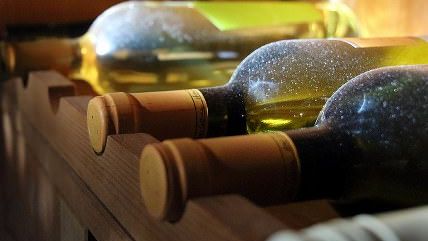 The tiny Westover Winery in Castro Valley, California, is open only 10 hours a week and earns about $11,000 a year in profits for owner Bill Smyth and his wife. In order to produce Westover's specialty ports, he has drawn on volunteers, often folks who themselves were learning to make wine. The volunteers were essentially interns or apprentices.

Their work turns out to be illegal. California forbids the use of volunteer labor at for-profit businesses, period. Like a foot crushing grapes, the state's Department of Industrial Relations came down hard on Smyth, fining him $115,000-equivalent to a decade's earnings. As a result, the winery expects to shut its doors by the end of the year.

It's not uncommon for small wineries to use volunteer labor, and the crackdown on Westover has put others on alert, forcing them to send their free workers home and delaying the harvest. Peter Melton, a spokesman for the state, defends a punishment that amounts to destroying the small business, telling the Hayward Daily Review: "People should be paid for their labor. The workers' compensation violations are very serious. What happens if someone has a catastrophic injury at the winery?" He neglected to mention that when the winery uses a volunteer instead of an employee, it is also likely to pass along less in taxes to the state.