Lying to a Lover Could Become 'Rape' In New Jersey

What's next, throwing people in jail who say they'll call the next day and don't? 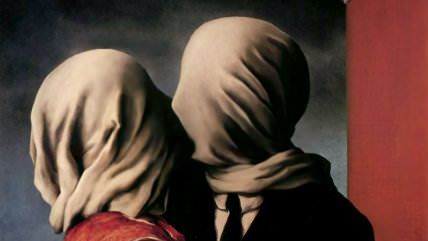 Today in criminalize all the things: a New Jersey lawmaker wants to make it illegal to lie to someone in order to tempt them into sex. Assemblyman Troy Singleton's (D-Burlington) bill would create the new crime of "sexual assault by fraud", defined as "an act of sexual penetration to which a person has given consent because the actor has misrepresented the purpose of the act or has represented he is someone he is not."

"I truly believe that we have to look at the issue of rape as more than sexual contact without consent," Singleton said. "Fraud invalidates any semblance of consent just as forcible sexual contact does. This legislation is designed to provide our state's judiciary with another tool to assess situations where this occurs and potentially provide a legal remedy to those circumstances."

No no no just no: we do not need a legal remedy for people having bad judgement. Is it a shame that some people misrepresent themselves to get people to sleep with them? Sure. But not every aspect of social and sexual relationships can be a matter for government concern. What's next, making it a misdemeanor to use outdated photos on your Tinder profile? Criminalizing push-up bras? Throwing people in jail who say they'll call the next day but don't?

The situation Singleton says spawned his proposal involves Mischele Lewis, a woman defrauded by a man claiming to be a British military official. The pair had sex and Lewis also paid the man, William Allen Jordan, $5,000 for an alleged security clearance. When Jordan turned out to be a scam artist, Lewis pressed charges and he wound up pleading guilty to defrauding her. Justice served, right? Not in the warped worldview of New Jersey prosecutors, who apparently can't stand the idea that some areas of interpersonal dynamics aren't within their prosecutorial reach.

The state originally wanted to charge Jordan with sexual assault by coercion—a charge a grand jury refused to indict him on. Now it seems Singleton has stepped in to try and ensure they won't be disappointed again. His proposed crime of sexual assault by fraud would be punishable by 5 to 20 years in prison. Singleton said he wants to allow for judicial discretion because "we don't want unintended consequences."

But giving the state broad discretion to adjudicate lies between lovers would yield a hotbed of unintended consequences, not to mention the (obviously intended, yet despicable) consequence of furthering the creep of law enforcement into all areas of our lives. Furthermore, it's not necessary to broadly criminalize deceiving someone into sex to hold people accountable in cases like a recent notorious one in California, wherein a man snuck into a sleeping woman's room after he saw her boyfriend leave and sexually penetrated her. The woman awoke, assumed it was her boyfriend, and went along with it until she saw the man, at which point she fought back and fled. The man was legally liable for starting sex with her while she was asleep and thus unable to consent—i.e., committing rape, no extra statute needed.

"Rape-by-deception" has been "almost universally rejected in American criminal law," according to Yale Law Professor Jed Rubenfeld. Yet it's "a live and intensifying issue." In 2010, Massachusetts tried to pass a bill criminalizing having sex with someone after "having obtained that person's consent by the use of fraud, concealment or artifice"; it was rejected. California passed a rape by fraud law in 2013, following the case described just above. Tennessee also prohibits all "intercourse induced by deception, accomplished by fraud, and obtained by ruse," as do Alabama and a handful of other states.