Five Guantanamo Detainees to be Released; 143 Still Being Held 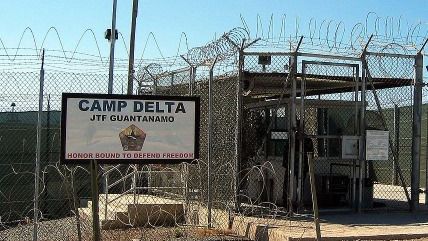 Five detainees are to be released from the Guantanamo Bay military prison. The detainees were "approved for transfer" after a comprehensive review of their case was conducted by an interagency government task force, set up following President Barack Obama's 2009 executive order to close the facility.

The release of these men is a victory for habeas corpus and the rule of law. They were never charged, much less convicted of any crimes, and their release is completely appropriate.

Unfortunately, despite five years having passed since Obama signed that executive order, 143 detainees will remain at Guantanamo. They are all being held without trial, in violation of both U.S. law and the Geneva Convention.

The Obama administration has previously blamed the delay in closing Guantanamo on congressional opposition and a "difficulty of deciding what to do with the remaining 200 or so detainees."

The first excuse would be more believable if Obama had not completely abandoned the pro-civil liberties platform he campaigned on after assuming office. Among other things, he signed a law allowing for the indefinite detention of U.S. citizens without trial. As Sheldon Richman explained in 2011:

Obama's intention to sign the NDAA tells us exactly where he stands on the Bill of Rights. As Human Rights Watch put it: "President Obama will go down in history as the president who enshrined indefinite detention without trial in US law."

The administration may well be having a difficult time deciding what to do with the detainees they do not have enough evidence to prosecute, but who have nonetheless been deemed too dangerous to release. However, holding them indefinitely shows a profound lack of respect for due process. In the words of Reason's Jacob Sullum:

How "meaningful" can such due process rights be when a conviction is the only outcome the government plans to respect?

America should stand for more than just opposition to terrorism. It should stand for the values of freedom and the rule of law that it was founded on. Indefinite detention without trial stands in stark conflict with these values.

Need a refresher on the situation at Guantanamo? Check out this Reason TV video on the topic:

Patrick Hannaford is an intern at Reason.