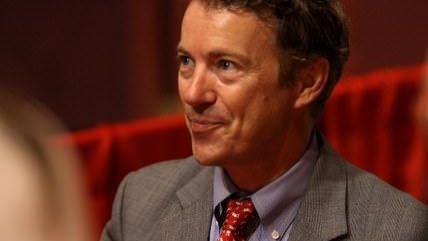 Sen. Rand Paul (R-Ky) gave a strong signal today that he intends to try to keep surveillance and National Security Agency (NSA) reform in the news. His office has told beltway media that Paul will not support the Senate version of the USA Freedom Act, a legislative effort to scale back the massive expansion of surveillance against American citizens exposed by Edward Snowden. The problem is that the proposals have been watered down too much. From The Hill:

"Sen. Paul does not feel that the current NSA reforms go far enough," the aide said in an email.

"There are significant problems with the bill, the most notable being an extension of the Patriot Act through December 2017."

The USA Freedom Act, which the Senate will take up next week, would end the NSA's bulk collection of metadata about Americans' phone calls, among other changes. Metadata includes the numbers people dial as well as the length and frequency of their calls, but not the actual content of their conversations.

Crucially for Paul, however, the bill also reauthorizes until the end of 2017 key portions of the Patriot Act set to expire next June.

The Hill says Paul may also push for a measure to allow Americans to sue the NSA and other federal agencies.

Though the Senate bill has been watered down from its initial intent, it's not as terrible as what has become of the House version of the bill. J.D. Tuccille wrote about the differences between the two versions of the bill here. There's some American Civil Liberties Union analysis of the legislation and some reluctant support here.