Cop in Milwaukee Fired After Shooting Unarmed Mentally Ill Man 14 Times; Could Get Job Back 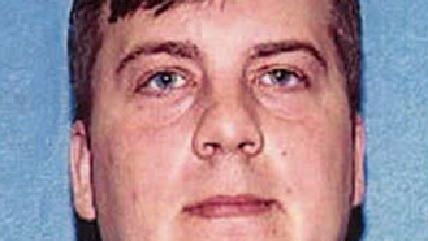 Six months after Officer Christopher Manney shot and killed an unarmed Dontre Hamilton, the officer's been fired by the Milwaukee Police Department for, the police chief Edward Flynn says, instigating the fight that ended with Hamilton being shot at 14 times.

"There's got to be a way for us to hold ourselves accountable absent putting cops in jail for making mistakes," Flynn said, saying Manney shouldn't have tried to frisk Hamilton just because he seemed mentally ill but that he didn't think there was any "malice" involved in the shooting.

Flynn's decision was based on an internal affairs review but other investigations are continuing. The Associated Press reports:

Hamilton's family has said he was diagnosed with schizophrenia but was not violent, and they doubt he struck Manney. They called Wednesday for police to release photographs documenting the officer's injuries. They also said that while the firing was "a victory," they would continue to lead and participate in marches in an effort to persuade the district attorney to bring criminal charges.

"Yes, he was fired, but he took a man's life," Hamilton's mother, Maria, said during a separate news conference.

While the A.P. reports about the independent investigation required under a new state law in the past tense, the results of that investigation have not yet been released. The father of a previous Wisconsin police shooting victim used a portion of his settlement to lobby for the law.

Unfortunately, Milwaukee TV station WISN reports that a number of the "outside" investigators working for the state are retired Milwaukee Police Department employees.

The Milwaukee police union protested Manney's firing. Cops fired in Milwaukee have gotten their jobs back before thanks to the police bill of rights.