Obama's Syria War: Khorasan Terror Group Not As Dangerous As He Says? 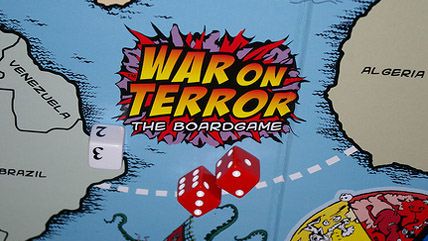 When the Obama administration launched airstrikes in Syria, the assumption was that we were targeting the Islamic State (a.k.a. ISIS). And we were, but they weren't the only terrorist group we bombed. Soon it was announced that the White House also ordered missile attacks on the "Khorasan Group." This little-known Al Qaeda affiliate group, the federal government was quick to say, poses a big, imminent threat to the U.S. But does it really?

"Intelligence reports indicated the Khorasan group was in the final stages of plans to execute major attacks against Western targets and potentially the U.S. homeland," said Army Lt. Gen. William Mayville of the Joint Chiefs of Staff. Hitting their compounds and training camps was necessary to disrupt the plotting of an "imminent attack" on America.

However, as the Associated Press's (AP) Nancy Benac writes today, "In government-speak, 'imminent attack plotting' doesn't necessarily mean an attack is imminent." She highlights the Justice Department's definition of term: "An 'imminent' threat of violent attack against the United States does not require the United States to have clear evidence that a specific attack on U.S. persons and interests will take place in the immediate future." Regarding the Khorasan Group, "two U.S. officials told the AP that U.S. officials aren't aware of the terrorists identifying any particular location or target for an attack in the near future."

And, although the group, which is composed of senior Al Qaeda officials, "has the desire to attack" Western targets (in contrast to ISIS's focus on local attacks), "we're not sure their capabilities match their desire," a senior counterterrorism official tells Foreign Policy. The publication questions "whether it's actually as dangerous as the White House is now claiming," and if it is, why didn't the Obama administration "attack Khorasan sooner?"

But, hey, we're bombing them now, and doing something to dispose of a group of crazies can't be a bad thing, right?

Actually, according to nation security writer Eli Lake of The Daily Beast:

U.S. strikes could drive ISIS and Al Qaeda back together, creating a jihadist Frankenstein. …

The attacks on the Khorasan Group also complicate U.S. efforts to partner with the more moderate opposition. One Syrian rebel group supported in the past by the United States condemned the airstrikes on Tuesday. Harakat Hazm, a rebel group that received a shipment of U.S. anti-tank weapons in the spring, called the airstrikes  "an attack on national sovereignty" and charged that foreign-led attacks only strengthen the Assad regime.

And from McClatchy D.C.:

By focusing exclusively on Islamic State insurgents and Al Qaeda figures associated with the Khorasan unit of the Nusra Front, and bypassing installations associated with the government of President Bashar Assad, the airstrikes infuriated anti-regime Syrians and hurt the standing of moderate rebel groups that are receiving arms and cash as part of a covert CIA operation based in the Turkish border city of Reyhanli.