Stop and Frisk: The Opera 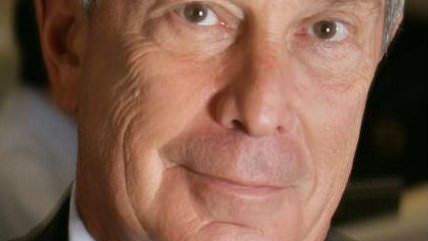 It probably won't stand up to the artistry of, say, Three Penny Opera, but librettist Daniel Neer has teamed up with the music ensemble Two Sides Sounding to present a scene from a new three-part opera titled Independence Eve, which explores American race relations in three different eras. The first act, "Stop and Frisk," based around New York City's notorious policing tactic, debuted during the Brooklyn BEAT Festival on Saturday. The act follows an operatic dialogue between a black man and his white friend. The former tries to explain the experience of being targeted by the police for some quickie stop and frisk action:

I came home from work—dressed in a suit. Walked past three cops in the lobby. They saw me and nodded—one even said 'Hi.' …

When I got to the lobby, those very same cops grabbed me and asked who I was. They had a 'reasonable suspicion,' they said, and told me they knew I had drugs. . . . I was stripped and searched because of my skin.

Rousing, if not particularly poetic, words. But his white friend has a hard time understanding why it's such a big deal, asking whether his friend provoked the encounter by acting "strange." The composer, Sidney Marquez Boquiren, noted that "the tension is the fact that [the two actors are] singing the same text, the same melody, but [they're] not in the same world." Historically, New York police have disproportionately targeted blacks and Latinos for a rough feel-up, with the two demographic groups often comprising well over 85 percent of those stopped from 2003 to 2012.

Neer says that he was inspired to write the piece during the heightened scrutiny of the Michael Bloomberg administration's support for the tactic. Bloomberg and his police commissioner Ray Kelly couldn't shield stop and frisk from later getting constitutionally roughed up, however: In August 2013 a U.S. District Court judge ruled stop and frisk unconstitutional and another judge in July of this year denied the police union's challenge of the ruling.

Although police stops have declined dramatically in 2013 and so far in 2014, blacks and Latinos nevertheless continue to make up the lion's share of stops—this despite the evidence that stopping and frisking dark-skinned men has little impact on crime.