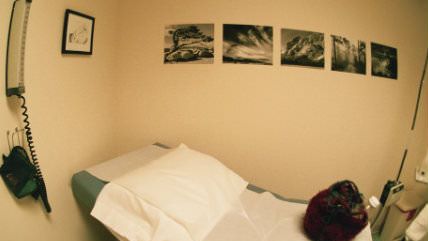 Missouri legislators tomorrow will consider whether to impose a 72-hour waiting period for women seeking abortions, one of the longest in the country. The state's Democratic governor, Jay Nixon, vetoed the proposal after it initially passed the legislature in May, but Republicans in the statehouse think they have the votes to overrule Gov. Nixon's veto.

If they're correct, Missouri would join South Dakota and Utah as one of three states with a required 72-hour waiting period. Utah's law grants an exception for pregnancies resulting from rape and incest, which the Missouri bill would not.

"Our intent is to make sure that a women has the opportunity to really think through what she's about to do and how it will affect her health, as well as the life of her baby," Susan Klein, a lobbyist for Missouri Right to Life, told AP.

Maybe Klein really means that, but it's an incredibly absurd way to look at things. The logic behind these waiting-period laws is that, without the state requiring it, women will just see that plus sign on the pee stick, bop on over to the abortion clinic, and down some mifepristone without a second thought.

In practical terms, this is likely impossible—abortion clinics, like other doctors' offices, generally require appointments. A woman who wants to terminate her pregnancy will already have to wait some period of time between scheduling an appointment and actually having an abortion (and this time is only likely to increase as the number of abortion clinics across the country dwindles). But the more important fact of the matter is that women aren't children. They're perfectly capable of considering important reproductive matters on their own accord, in their own timeframe.

Surely many women spend ample time agonizing over the decision to abort before actually calling a clinic. For others, it isn't a difficult decision at all. In either case, what incredible arrogance and paternalism to suggest that without the good hand of government to guide them, these women aren't capable of fully considering their choices and actions.

In effect, waiting-period rules like the one Missouri Republicans are pushing just make it logistically harder for women to exercise their right to an abortion. Yesterday I wrote about a Pennsylvania woman who ordered the abortion pill illegally online because the nearest clinic was more than 70 miles away. Some on social media scoffed at the idea that 70 miles was too far to travel—but because of mandatory waiting periods and other bureaucratic nonsense, what could be a one- or two-visit procedure actually requires three or four separate visits.

This is why it's such bullshit when anti-abortion types talk about how it's just an extra day or two wait; it's just a requirement that only a physician can physically hand a woman the abortion pill; it's just one or two clinics that will close down due to hospitals refusing admitting-privileges to abortion doctors… Taken individually, none of the restrictions may seem that nefarious. But these restrictions don't exist in a vacuum. And the cumulative effect is absolutely to create a climate where the time and capital required to terminate a pregnancy becomes prohibitive for large numbers of women.