Sen. Mike Lee on conservatives, libertarians, and why the feds should let states make their own rules.

Nick Gillespie | From the October 2014 issue 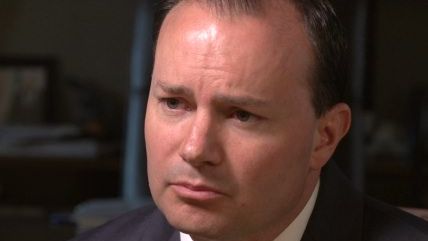 Since 2011, Republican Mike Lee has served as the junior senator from Utah. During that time he's made a name for himself as one of the more libertarian-spirited members of The World's Greatest Deliberative Body. He's been critical of both Democrats and Republicans, but he's also been constructive, proposing more oversight on federal surveillance activities as well as innovative tax reform plans. In June, Reason TV's Nick Gillespie spoke with Lee about conservatives, libertarians, and why the feds should let states make their own rules. To watch the full interview, go here or view it below.

Q: You take aim at a lot of Republican policy mistakes as well as Democratic ones. Do you see the Obama administration as a continuation of the George Bush years in terms of growing government interference in the economy, reckless foreign policy, and reckless disregard for Americans' civil liberties?

A: I would certainly say that civil liberties have suffered under this administration. I think we've seen more government surveillance in this administration, and I think it's troubling to a lot of Americans. I voted against the reauthorization of the FISA [Foreign Intelligence Surveillance Act] Amendments Act [in 2008], and I did so at a time when there were very few Republicans willing to do that.

Q: Do you primarily identify as a conservative rather than a libertarian? And is that a meaningful distinction to you?

Q: Talk a little bit about your federalism. For instance, recently you said that the definition of marriage should be remanded to the states or lower levels of government.

Q: What about things like drug policy, or online gambling? You recently introduced a law saying that the federal government should dictate online gambling policy and that seems to be a contradiction. I assume you think it's OK for the states to decide on gambling if it's horse racing or something like that?

A: States should be the entities that decide on issues of gambling that takes place within the state. But where you've got gambling that takes place online, the online world is an interstate and an international network of wires. It really becomes an interstate exercise the minute you take it online. If you think about it, this is actually a necessary step to take to respect each state's right to decide whether or to what extent to allow gambling and that's necessary in order to preserve each state's right to decide. Otherwise, you could have one state here or there authorizing gambling and if no one is able to prohibit Internet gambling, then people in every state would be able to gamble.

A: Again, I'm approaching this from the standpoint of federalism. I don't think it's the federal government's job to say that every state must recognize gambling, nor is it the government's job to say that states may authorize Internet gambling. This is an appropriate step toward making sure each state may decide on its own what kind of health, safety, and morals legislation it wants to come up with. The best way for the federal government to respect the sovereignty of the states is to place legislation like this so that one state's law can't be easily circumvented.