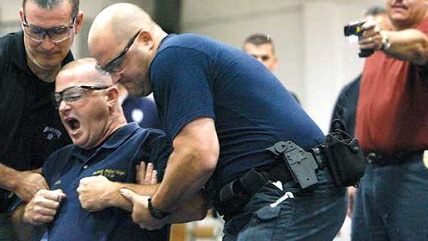 Gregory Towns died after East Point, Georgia, cops shocked him up to 13 times with a Taser to get him to walk, according to an attorney for his family. Police had captured and handcuffed Towns after he led them on a foot chase, but Towns claimed he was too tired to move. The attorney said the total shock time was 47 seconds.