Let People Live Where They Choose

Mass transit and "planned spaces" appeal to the bureaucratic mind, but Americans want to stay in their suburban homes. 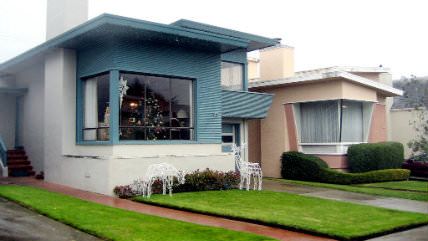 "Tea party members don't think there's a federal role in transportation!" complained Sen. Sherrod Brown (D-Ohio) last week, near the site of a $5.8 million highway project. If only most tea party members were that radical. While Brown and other big-government folks worry that Republicans will cut spending, Republicans debate adding another $10.5 billion to the Highway Trust Fund (HTF) to keep it going another year—without deciding how to reform it.

Now, there's no doubt some roads and bridges need work. But too little transportation money spent by government goes to building and repairing roads.

As Cato Institute transportation analyst Randal O'Toole points out, the construction of the nation's federal highways was largely complete in 1982, but instead of reducing the gas tax that helped pay for them, Congress raised the tax and spent much of the money on things like bicycle trails and "mass" transit.

Then, when roads deteriorate, the federal government laments that it doesn't have enough money.

We should have known that an inevitable side effect of a distant central government spending these billions is that road construction isn't determined by local supply and demand. Often "mass" transit carries few passengers, while nearby roads are congested.

Urban planners, who work closely with government and distrust markets, are convinced that people will leave comfortable suburban homes and flock to dense urban areas with walkable streets, if government just pours money into mass transit. But even after Congress spent billions on public transportation projects, even rebuilding the downtowns of some cities to make them more pedestrian-friendly, it turned out most Americans wanted to stay in their suburban homes.

Then urban planners assumed adults would relocate to cities once their kids left for college or jobs, but a recent Fannie Mae report found baby boomers are not doing that. The planners are surprised. They shouldn't be. "After all," writes O'Toole, "baby boomers' parents overwhelmingly preferred to 'age in place' rather than move when their children left home; why should baby boomers be any different?"

It turns out that government spent your billions on urban transit based on surveys that asked people if they want to live in "walkable communities." Of course people said yes! Who doesn't want to live in a neighborhood where you can "walk to shops"?

But if they'd asked, "Are you willing to spend about four times as much per square foot to live in a city instead of a spacious suburban home?" they'd get different answers.

Now, I live the way bureaucrats want you to live. I have an apartment in New York City, one of the most densely populated places on Earth. I take the subway system to get around and sometimes ride my bicycle. I like living this way. But bureaucrats shouldn't try to force you to live the way I live.

In fact, herding people into denser urban areas sounds suspiciously like something that makes life easier for the bureaucrats themselves. It was a popular idea with communist planners in Romania and North Korea. Mass transit and "planned spaces" appeal to the bureaucratic mind.

How about going the opposite route? Let people live where they choose, let private entities build roads and mass transit (many roads and even most of New York City's subways were privately built), and let user fees from commuters pay for roads and transit.

There is justice in that idea: People who love to drive will pay for it, and those who don't want to pay have an extra incentive to move to those urban spaces planners like so much. In a market, everybody wins. With government planners, it's always "My way or the highway."