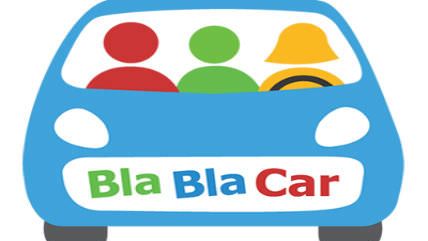 BlaBlaCar, a ridesharing app based in France, just raised $100 million in a round of investments from venture capitalists, cementing itself as a major player in Europe's sharing economy.

Here's how it works: When one of the 8 million registered users is making a long trip, they open up the app and look for someone that is heading in the same direction. Each passenger has to pay an average of $25, and the app suggests pricing so that the users don't bicker too much over the costs. The average trip arranged through BlaBlaCar is 200 miles long, but rides can be as long or short as necessary. It's like Uber for highway hitchhikers, with similar accountability mechanisms where passengers and drivers can rate each other.

Peer-to-peer services are catching on worldwide. The advantages of not having to go through a third-party for lodging and transportation are becoming increasingly apparent to individuals. As technology continues to make peer-to-peer transactional services a more viable sector of the economy, expect traditional businesses to amp up their attacks and further emphasize the excessive regulations that are currently in place. Just this month, thousands of taxi drivers across Europe protested Uber and related apps by blocking traffic in downtown areas. But BlaBlaCar's director for Spain and Portugal, Vicent Rosso, told the Spanish newspaper El Pais that BlaBlaCar's business has nothing to do with the activities that taxis across Europe have been protesting recently:

"First of all, I want to stress that we have nothing to do with Uber. The Public Works Ministry also made it clear in its release: we are simply a platform that helps individuals share travel expenses. From BlaBlaCar's viewpoint, there is no need for new regulations."

Paul Best is a 2014 summer intern at Reason.