Scott Shackford | From the July 2014 issue 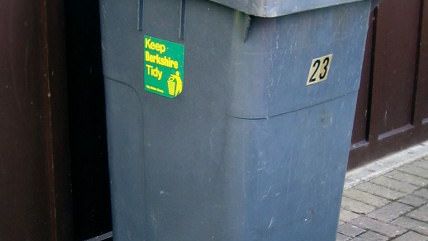 In a blow against choice and competition, Los Angeles city leaders voted in April to force all local businesses and apartment complexes to pay an exclusive contractor to haul away their trash.

Prior to the council vote, businesses and apartment complexes could choose from any number of local private companies to take their garbage, while residential customers were served by the city. But now Los Angeles plans to divide the city up into 11 districts and award each district to one exclusive contractor.

This trashing of capitalism and private choice was sold as an environmental measure. In order to win the contracts, the hauler has to provide recycling bins and use "clean fuel" vehicles, but critics noted that the city could mandate new environmental standards without resorting to carving Los Angeles up into a series of trash monopolies. Coby King, chairman of the Valley Industry and Commerce Association in Los Angeles warned in the Los Angeles Times, "As we know, monopolies generally lead to higher prices and less service." He predicted that under the new system, up to 100 local trash haulers could be put out of business.

Representatives from labor unions chanted their support for the new system along with environmentalists outside City Hall, prompting business interests to suggest motives other than saving the environment and directing trash away from landfills. "The environmental benefits are subterfuge for an effort to organize an industry that the unions couldn't organize themselves," Carol Schatz, president and CEO of the Central City Association of Los Angeles, told the Times.