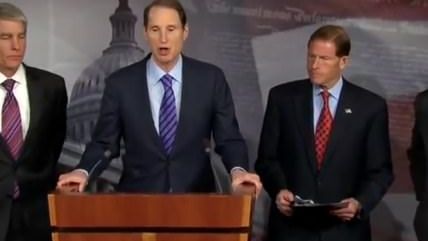 Dragnet surveillance was approved by a secret court that normally hears only the government's side of major cases. It had been debated only in a few secret congressional committee hearings, and many members of Congress were entirely unaware it. When laws like the Patriot Act were reauthorized, a vocal minority of senators and representatives — including the three of us — objected, but the secrecy surrounding these programs made it difficult to mobilize public support.

And yet, it was inevitable that mass surveillance and warrantless searches would eventually be exposed. When the plain text of the law differs so dramatically from how it is interpreted and applied, in effect creating a body of secret law, it simply isn't sustainable. So when the programs' existence became public last summer, huge numbers of Americans were justifiably stunned and angry at how they had been misled and by the degree to which their privacy rights had been routinely violated. Inflated claims about the program's value have burst under public scrutiny, and there is now a groundswell of public support for reform.

The senators gave details on some of their proposed reforms, many of which were stripped from the USA Freedom Act:

This package of reforms includes overhauling domestic surveillance laws to ban the bulk collection of Americans' personal information, and closing the loophole that allows intelligence agencies to deliberately read Americans' emails without a warrant. It includes reshaping the Foreign Intelligence Surveillance Court by installing an advocate who can argue for Americans' constitutional rights when the court is considering major cases, and by requiring that significant interpretations of U.S. law and the Constitution be made public. And it would strengthen and clarify the government's authority to obtain individual records quickly in genuine emergency situations.

They believe the wording of the USA Freedom Act is vague enough to allow the bulk collection of data to continue and are declaring their opposition to the law's passage.