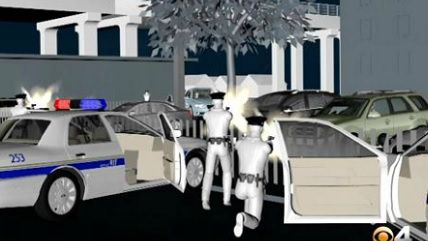 The killing of two police officers and a third person by a couple in Las Vegas has led to renewed interest in demonizing right-wing ideologies based on the actions of isolated extremists. It's also being used as evidence in favor of extending the "war on terror" to the domestic front, even though the paucity of both domestic and Islamist terrorism in the U.S. would suggest both can safely be treated as law enforcement issues.

As different special interest groups throw out different numbers to push the narrative of an increasingly dangerous America that needs increasingly militarized law enforcement to protect it, here are two numbers to keep in mind:

316. According to this Wikipedia entry, that's how many civilians were killed by law enforcement in 2013. The list includes a significant number of bona fide criminals. Nevertheless, neither the FBI, the Bureau of Justice Statistics, nor any other federal agency substantively track what ought to be an essential number in gauging the state of law enforcement in the U.S. in any given year, so the crowd sourced list on Wikipedia is the most comprehensive one you'll find of law enforcement casualties.

39. This is the number of cops killed in the line of duty by a civilian, be it by gunfire (30), stabbings (2), or vehicular homicide (7). This represents a bit more than a third of the 105 law enforcement officials who died in the line of duty, according to the Officer Down Memorial, which counts officers who died in accidents such as electrocution or from heart attacks as "officers killed."