30 years ago in Reason 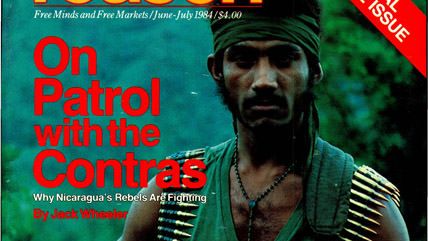 -Charles Maurice and Charles W. Smithson, "Why Aren't You Worried about a Shortage of Whale Oil?"

"What can you say to a Nicaraguan woman who tells you how her father, mother, and sister were shot through the head and killed resisting the confiscation of their property by the Sandinista government, who walked four days over the mountains and jungles from Managua to Honduras with her five children, who is now a penniless refugee while her husband has joined the Contras – yet who still has a smile for you and reassures you that someday her country will be free?"

"More than half of all American households are now occupied by untraditional families or by single individuals living alone."