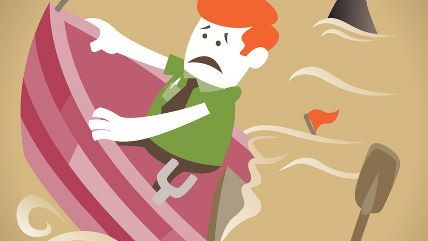 A new poll shows that Texas is the latest state flipping for gay marriage. A poll put together by Texas Tech University showed 48 percent of Texans supporting same-sex marriage recognition and 47 percent opposed. It's nearly a 10 percent increase in support in Texas since the Supreme Court's ruling striking down part of the Defense of Marriage Act last year. A federal judge also struck down Texas' ban on same-sex marriage recognition in February, though the ruling is stayed for appeals.

But polls be damned, the same gay marriage opponents who have been fighting against gay marriage from the start are still trying to insist that Republicans need to keep embracing this culture war battle in order to please their base. They put together a poll of Republicans and Republican-leaning independents to bolster their claims. Politico notes:

The survey by the GOP polling firm Wilson Research Strategies was of Republican and Republican-leaning independents and was taken over a month ago, sampling 801 people from March 18 through March 20, with a 3.5 percent margin of error.

The survey showed 82 percent agreeing with a statement that marriage should be between "one man and one woman." It also found 75 percent disagreed that "politicians should support the redefinition of marriage to include same-sex couples."

First of all, the wording of the questions matter. Reason-Rupe poll director Emily Ekins has previously noted that polls that ask whether people want to "redefine" marriage get greater disapproval numbers than polls that ask whether people want to "legalize" gay marriage. Both the questions address only the idea of "defining" or "redefining" marriage and nothing to do with policies or principles. It doesn't ask whether the government should recognize same-sex marriages or whether government benefits or privileges should be extended to same-sex couples. The question was designed to get more negative responses.

And then there's this graph reminder from Gallup:

Even as the popularity of President Barack Obama and his policies plunge, and the likelihood of the Republican Party taking control of the Senate following midterms increases, the GOP is still struggling with this issue. The Nevada Republican Party removed opposition to gay marriage (and abortion) from its party platform earlier in the month. And yesterday the Consumer Electronics Association, a trade association, announced it was going to provide financial support to the Log Cabin Republicans, a group of gay conservatives, apparently the first tech group to do so. As the Mozilla controversy has shown, there is political diversity within the tech community, but it is nevertheless largely supportive of same-sex marriage. Would any GOP operative look at the shifts in this country on gay marriage (especially among the young) and actually recommend listening to these guys?