Do we have the right to know which cops don't know a gun from a water hose nozzle? 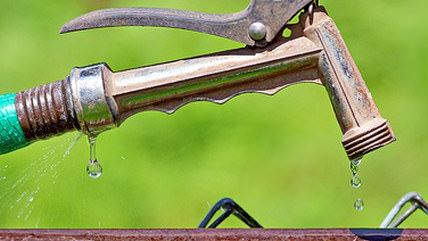 A Los Angeles Times reporter wanted to know the names of the officers who shot Long Beach man Douglas Zerby to death in 2010 for the deadly crime of holding a garden hose nozzle. Long Beach officials refused to tell him, nor provide the names of any Long Beach officers involved in shootings for the previous five years.

The Long Beach police officer's union has been fighting to keep the secret and has been losing in court. Today, the Los Angeles Times reports the case making it all the way to California's Supreme Court. The Times seems to think they might win this one:

The California Supreme Court appeared inclined during a hearing Tuesday to favor a ruling that the public has the right to know the names of police officers involved in shootings.

During oral arguments, most members of the state high court seemed skeptical of contentions by police agencies that officer names must be kept secret because disclosure could jeopardize officer safety and involve protected police personnel matters.

Chief Justice Tani Cantil-Sakauye, whose husband is a retired police lieutenant, suggested that the California Public Records Act contains a presumption in favor of disclosure and does not provide for blanket exemptions.

Justice Marvin R. Baxter questioned whether police agencies would refuse to release the names of officers involved in acts of heroism.

And Justice Goodwin Liu noted that officers wear nameplates identifying them to the public.

The officers were cleared of misconduct, but the city was still ordered to pay $6.5 million to the victim's family following a federal lawsuit where the jury determined the officers were negligent and violated Zerby's rights.