Nick Gillespie | From the March 2014 issue 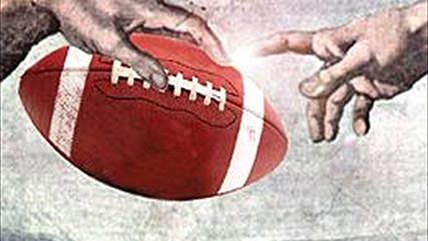 ESPN columnist Gregg Easterbrook's most recent book is The King of Sports: Football's Impact on America (Thomas Dunne). In November, Reason TV Editor Nick Gillespie spoke with Easterbrook about the hidden ways college tuitions subsidize collegiate sports, the pseudo-capitalism of the National Football League (NFL), and the outrage of college football players' low graduation rates. For a video version of the interview, go to reason.com.

Q: You write, "The $29 million Rutgers tuition subsidy for athletics worked out to nearly $1,000 per student. In-state tuition that year-Rutgers is a public university-was $12,754, meaning about 8 percent of 'tuition' charges paid by parents actually were charges for NCAA athletics." How does this happen?

A: Schools do it because they can get away with it. We're doing this interview about 10 miles away from College Park, where the University of Maryland has a powerhouse football program. The University of Maryland charges each student, undergraduate, $400 a year to subsidize the football program, even though the football program brings in television revenue, gate receipts, and so on. They do it because they can get away with it. I think parents, who pay most college bills, don't know this is happening. The $400 is buried in mysterious asterisks on your bill. But there are only half a dozen big college programs in the country that are not actively subsidized by the universities, even though they're clearing $20 million to $40 million a year in profits after paying all salaries and expenses.

Q: People often claim that at the big schools at least, these football and basketball programs make money, and they subsidize English and the fine arts.

Q: And at the bigger football factories, the football players actually graduate at much lower rates.

A: That's my big concern. The big scandal of college football is that 55 percent of Division 1 players graduate. That's an outrage. [Graduating from college adds] about $1 million to your lifetime earnings. It's greater than the players could be paid under any possible scheme.

Q: In the NFL, almost all the owners are billionaires. And yet you write that 87 percent of stadium capital financing comes out of taxpayer dollars. How is this happening?

A: I think it's just because owners are able to bully legislators and get away with it. If you went to the mat with an NFL owner and he did move his team-I don't think this is likely, but suppose it happened-you would be blamed and you would immediately be voted out of office.

Q: The NFL owners are arch-capitalists in one way, but in another way they're socialists. Revenue sharing has allowed for parity in the weak teams, which creates better competition.

A: Revenue sharing is a great idea. In the NFL one reason the games are consistently good is the Jacksonville Jaguars have just as much money to work with as the Dallas Cowboys, so it results in good competition.

Everyone in football talks rock-ribbed conservatism, self-reliance. And their economic structure is subsidies and guaranteed benefits. Isn't that America? We want to talk about how we're rock-ribbed, self-reliant-and where are my benefits?