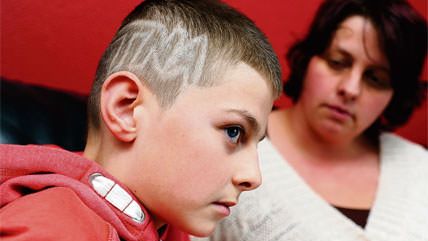 Aidan Fradley, 12, had the letters TNA shaved into his hair before attending a Total Nonstop Action wrestling show in London, England. But when he later went to school, officials at Ramsey Academy told him he'd either have to have his head shaved or be kept in isolation until the design grew out. His mother at first threatened to keep him out of school entirely but eventually had his head shaved.