The Few, the Proud 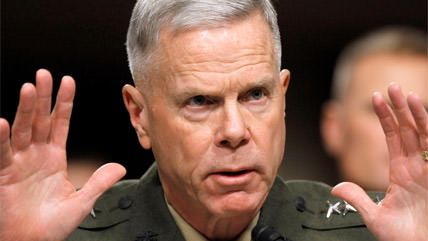 The Marine Corps has ordered the Marine Corps Times, an independent newspaper, removed from checkout lines at base exchange stores. The paper reports that officials are refusing to say who ordered the move or whether the Marine Corps commandant's office was involved. The paper has published numerous stories over the past year on allegations that the commandant, Gen. Jim Amos, used undue command influence to secure the punishment of Marines accused of urinating on the corpses of Taliban fighters.