"Premium pay" at the TSA 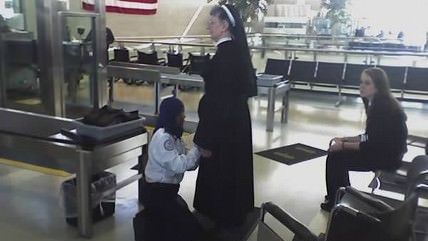 We don't need the Transportation Security Administration (TSA) sending its criminal investigators out on expensive, poorly conceived tasks that other people could have done at lower cost. And we don't expect the agency tasked with providing transportation security to lack a good means for assessing whether it's doing its job. But that is exactly what has been happening, according to a September report from the Department of Homeland Security's Office of Inspector General.

The TSA's Office of Inspections (OOI) is largely staffed by well-paid criminal investigators, who are tasked with detecting vulnerabilities in security systems and conducting internal inspections. According to the Inspector General's report, the OOI uses criminal investigators receiving "premium pay" to perform duties that could have been performed by other employees at lower cost.

The criminal investigators are projected to cost taxpayers an unnecessary $17.5 million in extra pay over five years. That doesn't take into account additional expenses, such as employees' ability to retire with full benefits at age 50 after 20 years of service. Criminal investigator salaries account for 68 percent of OOI salary costs.

More troubling for an office detailed to determine if the Transportation Security Administration is actually providing some sort of transportation security, the report concluded that OOI's quality controls are "not sufficient to ensure that inspections, internal reviews, and covert testing complied with accepted standards."