You Cruise, You Lose

Scott Shackford | From the February 2014 issue 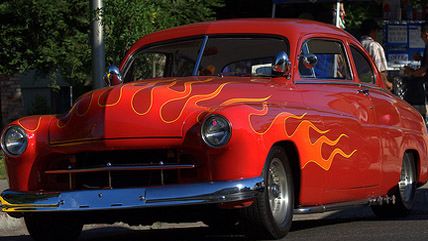 Going out for a casual drive? Be careful in Sanford, Florida. A driver who cruises too long or hangs around the wrong place at the wrong time in that town may get a letter from the local police accusing him of consorting with prostitutes, complete with a picture of his car and license plate as evidence.

Under a new policy mimicking similar tactics in Baltimore, Maryland, and Oakland, California, Sanford police will photograph any vehicle whose driver is behaving in a way they believe indicates an interest in paying for sex. Then the cops will send the picture and a warning letter to the address under which the car is registered.

Depending on who happens to open the envelope, the letter alone may impose a punishment, even when there is not enough evidence for an arrest. "If [police] have sufficient evidence to believe a person is 'not lost but, in fact, circling the block looking for a prostitute,'" defense attorney Richard Hornsby told the Orlando Sentinel, "then they have a sufficient basis to make an investigative detention for the crime of solicitation of prostitution."