Ed Krayewski | From the February 2014 issue 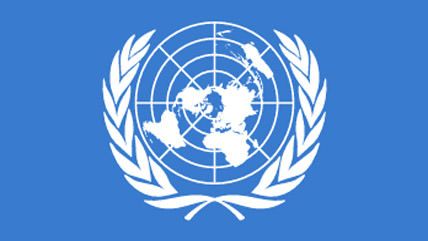 A federal lawsuit filed in October blames the United Nations for a malaria outbreak that followed the January 2010 earthquake near Port-au-Prince, Haiti. The complaint, brought by the Institute for Justice and Democracy in Haiti (IJDH), also charges the U.N. with covering up its role in spreading the disease.

The outbreak, which infected more than 650,000 Haitians and killed 8,500, began in late 2011 after the U.N. deployed a contingent of Nepalese troops near Meye, a place close to a tributary of the Artibonite River. The Artibonite is a major source of drinking water, and untreated sewage from the troops' base is believed to have contaminated the river. Several studies have linked the outbreak to the soldiers.

The U.N. nevertheless has resisted taking responsibility or negotiating any kind of settlement with residents. The IJDH says it would have preferred spending its money on stopping cholera rather than the lawsuit. But the U.N. "refused to take that opportunity," IJDH director Brian Concannon told NBC, "and left us no choice but to go to court."