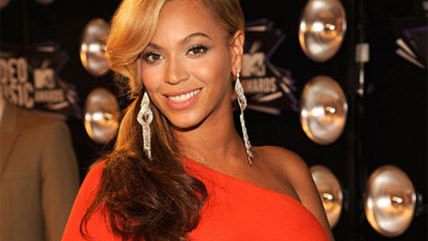 Recording artist Beyoncé Knowles-Carter is making waves with an essay she wrote titled "Gender Equality Is a Myth!" The core piece of data upon which she builds her argument is itself a myth, and she relies on coercive language to advance her agenda.

Knowles-Carter penned the piece for the Shriver Report, which covers women's issues. She writes, "Today, women make up half of the U.S. workforce, but the average working woman earns only 77 percent of what the average working man makes." She proceeds by telling the reader what he or she "has to" do to change this.

It is true that women account for almost half the workforce. The Bureau of Labor Statistics, with the caveat that its "comparisons of earnings… are on a broad level and do not control for many factors that may be significant in explaining earnings differences," also confirms that women make less money. However, the assertion of a gender wage gap, which is restated not only throughout the Shriver Report but also as a White House talking point, is rooted in basic misunderstandings of the information.

The differences in earnings stem not from discriminatory employers paying women less for equal work (which has been a federal crime for over 50 years), but from a slew of individual choices. Preferred fields of collegiate study and subsequent occupational opportunities, fewer working hours, and taking time off to raise children are among the variables that lead to differences in income. Economist Steven Horwitz of St. Lawrence University points out that "studies that control for these factors have shown that if you take a man and a woman with the same experience, same education, same job, and compare their salaries, what you find is that women make about 98 percent of what men do."

Time has highlighted that in some areas, women's earnings actually outpace men's.

The Washington Post Fact Checker, the American Enterprise Institute, economist Diana Furchtgott-Roth, Carrie Lukas of the Independent Women's Forum, and many others have also addressed various aspects of the gender wage gap myth.

Knowles-Carter does express positive ideas about "teach[ing] our girls that they can reach as high as humanly possible," which would be to their benefit, economically or otherwise.

But, since the differences she criticizes are not rooted in any injustice, only personal preference, Knowles-Carter detracts from her own argument when she resorts to telling people that they "have to" change their behavior. This runs contrary to the empowering sentiment that women (and men) are free to make their own professional choices and deterime how to gauge their achievements.