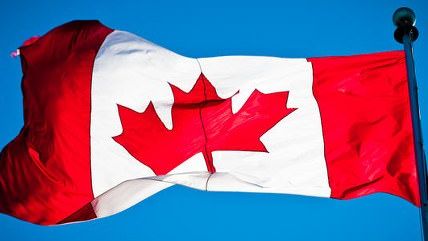 Big news from America's hat: Today Canada's Supreme Court ruled unanimously that the country's prostitution laws run counter to the country's charter and deprive the rights of prostitutes to protect themselves.

From the Globe and Mail:

Chief Justice Beverley McLachlin, writing for a unanimous court, stressed that the ruling is not about whether prostitution should be legal or not, but about whether Parliament's means of controlling it infringe the constitutional rights of prostitutes.

"The prohibitions all heighten the risks," she said. "They do not merely impose conditions on how prostitutes operate. They go a critical step further, by imposing dangerous conditions on prostitution; they prevent people engaged in a risky — but legal — activity from taking steps to protect themselves from the risks."

The court suspended its ruling for one year to give Parliament time to respond. The ball is now back in the court of Justice Minister Peter MacKay, who needs to decide whether to adopt new prohibitions and if so, how to ensure those prohibitions do not fall afoul of the court.

Prostitution is technically legal in Canada, but the country's regulations outlaw brothels or actually advertising or communicating one's services, which makes it quite a challenge to actually be a prostitute there without breaking a law anyway.

What's interesting about the ruling (besides the fact that Canada still calls brothels "bawdy houses," which is awesome) is the court recognition that laws regulating prostitution significantly contribute to the dangers women who engage in the sex trade face. As with any black market, the inability for participants to turn to law creates the framework for actual victimization. The ruling notes the disproportionate nature of anti-prostitution regulations – that the manner by which the country seeks to prevent "nuisances" has resulted in creating an environment where prostitutes face actual harm.

The full ruling can be read here. It seems as though the most likely outcome of the ruling will be state-regulated bawdy houses brothels come next year, but we'll just have to see.