Regions With High Federal Government Employment Are Not Economically Better, Have An Innovation Deficit 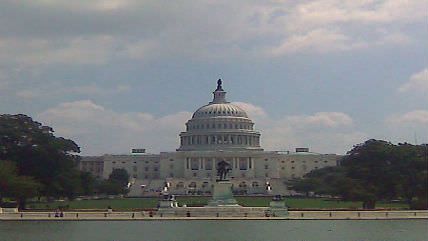 The study was part of his ongoing series documenting the varying characteristics of American cities. In a previous article, Florida mapped out the prevalence of different employment sectors in the nation's capitol. In this study, he asked labor market data and research firm EMSI to measure which metro areas have the highest and lowest shares of federal government jobs across the U.S., and then his colleague ran a simple correlation analysis to determine the relationship between the job levels with several economic indicators.

First, Florida found that many of the metro areas with the highest federal government employment are in the "gunbelt"—those regions heavily reliant on military bases. For instance, when accounting for both direct and indirect federal employment, Honolulu, Hawaii and the Virginia-North Carolina region actually surpass Washington D.C. with 43% and 42% of the population working for the federal government versus a relatively small 36%. Maps of the data can be found here.

When Florida's colleague measured how well these federal government-heavy regions compare to the rest of the country's metro areas, she came away with two major findings:

Strikingly, there was no correlation at all between share of federal jobs and a wide range of economic indicators, including economic output per capita, the share of professional, knowledge and creative workers, or the share of college grads. Even more remarkably, we found a negative correlation between federal government job levels and innovation (-.26, as measured by patents per capita).

She also found that "America's leading high-tech centers, in Silicon Valley and the San Francisco Bay area, Boston-Cambridge, and the Research Triangle, have relatively low shares of direct federal employment."

What does this mean? Keeping in mind that the data just measures correlations, not causation, and that Florida does not offer any theories to explain the data, one could postulate that federal employment does not stimulate the economy any more so than the private sector. Additionally, given that data shows federal employees get paid more for the same work than their private sector counterparts, the effect may move in the opposite direction.

In regards to innovation, the implications seem clearer; particularly in light of the fact that the regions responsible for driving the new knowledge economy have the least federal employment. Some social scientists however, have criticized Florida's use of patents per capita as an ineffective way to measure the elusive concept. It is not unprecendented though: the OECD also uses patents per capita to measure innovation levels among member countries.