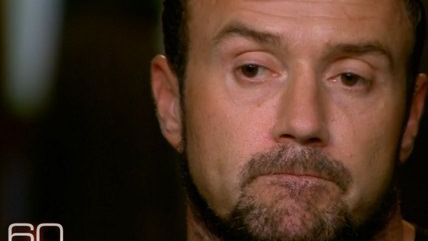 CBS News' Lara Logan apologized today for a 60 Minutes report on the September 11, 2012 attack on the US mission in Benghazi. The report's primary source, a security contractor going by the pseudonym Morgan Jones and revealed to be named Dylan Davies, claimed he was at the US mission the night of the attack, that in fact he scaled a wall and fought one of the attackers, who told him they were there "to kill Americans." CBS News' retraction comes after reports that the Davies' statement to the FBI (that he wasn't there that night) did not match what he told CBS, and wrote in a book about the experience. According to The New York Times' Julie Bosman, Simon & Schuster is now suspending publication of the book.

The story would suggest that the US government could have responded more quickly to the ongoing incident in Benghazi than it had, as some critics of the administration have argued. The attack in Benghazi involved two separate assaults over a seven hour period, at the US mission, and then at the CIA annex in Benghazi.  According to some sources, the White House and State Department never authorized military assets to cross over into Libya even as they were being mobilized.

Leon Panetta, then the defense secretary, admitted to Congress he had only had one conversation about the attack on Benghazi with President Obama the night it happened, and that the president did not ask for specifics on the kind of response that would be possible. General Martin Dempsey added at the time that the standard protocol was to keep White House aides informed, not necessarily the president himself. Nevertheless, that story is at odds with the president's claims he's "more deeply involved" in intelligence operations than any president before him. Not on September 11 he wasn't.

A military response may have been impossible in any case—former Bush and Obama defense secretary Robert Gates told CBS' Face the Nation in May that the idea that a response was possible was based on a "cartoonish" view of the US military. Cartoonish it may have been, with a price tag for US defense at nearly $2 billion a day, it may not have been such a far-fetched expectation.

None of this, of course, diminishes the bigger scandals in Benghazi; in the immediate aftermath, administration officials and their supporters sought to blame an otherwise obscure YouTube clip on a "spontaneous demonstration" that actually appeared, again almost immediately, as a coordinated terrorist attack, putting the First Amendment in the spotlight instead of the attackers. The Obama Administration has also continued to avoid holding anyone substantively accountable or providing any kind of real transparency on the issue, going so far as to call it a "sideshow" and asking what difference at this point the details even make.