No Pi for You: College Bans Greek Alphabet

The campus war on the First Amendment takes a weird turn 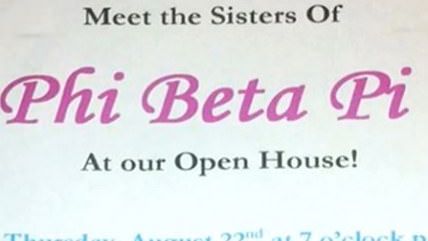 The Foundation for Individual Rights in Education (FIRE) brings us the very strange story of Dixie State University, which is prohibiting the use of Greek letters in the names of clubs because they fear for the school's reputation:

Nineteen female Dixie State University students are being forced to fight their own school for the right to use Greek letters in the name of their organization. Indigo Klabanoff and the members of Phi Beta Pi have repeatedly been denied official recognition because administrators feel that the use of Greek letters in an organization name will give Dixie State a "party school" image.

"I've seen a lot of campus censorship in my time, but telling students their club can't be recognized solely because they wish to use letters from a particular alphabet is a new one to me," said FIRE Senior Vice President Robert Shibley. "I can't believe I actually have to say this, but as a state university, Dixie State simply does not have the power to ban or regulate the use of the Greek alphabet, the Latin alphabet, or any other system of writing."

FIRE produced a video featuring interviews with some of the students who want to create the club. Klabanoff points out that the school actually has a recognized club called "The Organization of Good Parties." Watch below and read more about the case here: