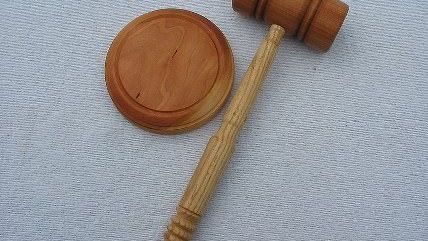 The Obama administration claims that National Security Agency Spying on the American public and the world at large has been ruled perfectly legal by the courts. So far, we've had to take their word for it that it's true, and that the reasoning behind any such findings is sound. Why? Because the court opinions themselves are classified. So secretive snooping, revealed only by the actions of a whistleblower, is A-OK, because…it's a secret. Well, all right, then. Perhaps surprisingly to government officials, this argument has proven unconvincing to much of the public, with many people demanding to know just how the government threaded its way through that inconvenient Fourth Amendment. We may soon find out. A Foreign Intelligence Surveillance Court judge ordered the government, just this morning, to prepare to release those opinions, or else explain why not.

Ruling on a motion brought by the American Civil Liberties Union (PDF), Judge F. Dennis Saylor IV (pictured) dismissed government objections to releasing court interpretations of Section 215 of the Patriot Act. The key language is below:

By October 4 the government (and, to the extent particularly identifying information is available to it as plaintiff in the FOIA litigation, the ACLU) shall make a written submission identifying which Section 215 Opinions are subject to the FOIA litigation. By that same date, the government shall identify which Section 215 Opinions, if any, are not subject to the FOIA litigation (or a separate order under Rule 62(a)) and propose a timetable to complete a declassification review and submit to the Court its proposed redactions, if any, for each such Section 215 Opinion. After that review and submission, the author of each such opinion, with the benefit of any proposed redaction, may decide whether to propose publication pursuant to Rule 62(a).

Specifically, the plaintiffs in the case ask for all opinions regarding the "meaning, scope, and constitutionality of Section 215 of the Patriot Act."

The Rule 62(a) referred to in the opinion is a FISC rule allowing judges to order publication of their own opinions, which provides a second track for seeking release of the court's opinions separate from the freedom of information suit.

Exempted from the order are rulings subject to a separate freedom of information ACLU lawsuit brought in 2011 and still being litigated. The opinions released earlier this week were in response to that lawsuit. They demonstrated that the NSA has gathered far more domestic data than its supposed to under rules established by the FISC, and that it has done so repeatedly.

What we'll find in the next release of court opinions is anybody's guess, but given the government's stiff opposition to anything resembling transparency, it should be interesting.