Will Limited Strikes Restrict US Involvement in Syria? 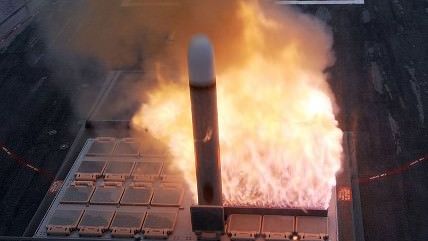 I wrote earlier today about how the limited strikes on Syria that Obama is reportedly likely to order in the next few days will not stop the Assad regime from committing atrocities in Syria.

Writing in The New York Times' "Room for Debate" section Micah Zenko, a fellow in the Center for Preventive Action at the Council on Foreign Relations, points out that limited strikes will lead to increased American involvement in the region because limited strikes will be perceived, by both the Syrian government and its opponents, as an assault not only the Assad regime's ability to conduct chemical weapon attacks, but on the regime itself. This, Zenko argues, could lead to the U.S. being dragged into a campaign aimed at removing Assad from power.

Based on early reporting, it appears that the only objective of the potential use of force would be to prevent the further use of chemical weapons by the Assad regime.

Therefore, the practical impact of the intervention would not be to protect civilians on the ground from state-directed violence, but to deter Assad from using one type of indiscriminate lethality, chemical weapons. If Obama decides that achieving this outcome is in the U.S. national interests—both in terms of Syria and any deterrent effect it has on the potential use of chemical weapons users elsewhere—then he will likely authorize the reported cruise missile and airstrikes.

However, it is highly unlikely that such an intervention can be so narrow that it will not force a deeper U.S. military engagement in Syria's civil war. Many have compared the potential upcoming use of force to the December 1998 United States and Great Britain attack against Iraq's suspected weapons of mass destruction and ballistic missile capabilities. In that four-day bombing campaign, only one-third of the targets were related to the production of weapons of mass destruction or ballistic missile programs. Similarly, in the case of Syria, most of what the United States bombs would not be directly tied to Assad's chemical weapon production, storage or weaponization facilities. Even a limited cruise missile strike will not be merely an attack on Assad's chemical weapons capabilities, but an attack on the regime itself.

Subsequently, the United States will be correctly perceived by all sides as intervening on behalf of the armed opposition. From there, it is easy to conceive how the initial limited intervention for humanitarian purposes—like Libya in 2011—turns into a joint campaign plan to assure that Assad is toppled.

That the U.S. could be dragged further into the conflict in Syria with limited strikes is only one of the reasons that the U.S. should not intervene in Syria. Reason's Peter Suderman put up a list earlier today of other reasons why American intervention in Syria would not be a good idea.