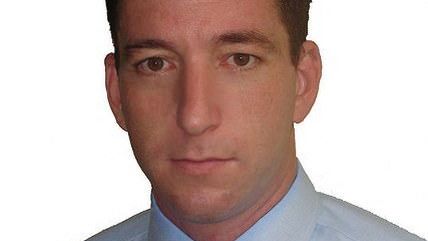 If British authorities thought that detaining and questioning David Miranda, high-profile journalist Glenn Greenwald's partner, would discourage further revelations about NSA surveillance of the world's communications, they miscalculated. Not only has Greenwald (pictured at right) vowed to be more aggressive than ever, but journalists elesewhere seem to be taking the implicit threat to heart, with a CNN correspondent asking on-air if he and his colleagues could expect similar treatment.

In his column for The Guardian, Greenwald wrote after Miranda was released:

If the UK and US governments believe that tactics like this are going to deter or intimidate us in any way from continuing to report aggressively on what these documents reveal, they are beyond deluded. If anything, it will have only the opposite effect: to embolden us even further.

Away from his desk, Greenwald is more overtly pissed, telling reporters at the airport in Rio de Janeiro, where he met Miranda upon his return home:

But Greenwald isn't the only one who got the message. As CNN reported today on the incident, correspondent Ivan Watson (that's him at right), filling in for Michael Holmes as co-anchor with Suzanne Malveaux, asked, "What happens if we publish leaks? Will our partners be detained?"

Writing for USA Today, columnist Rem Rieder, who is also a consultant for the American Journalism Review, pointed out:

The British government's outrageous nine-hour detention of David Miranda, a 28-year-old Brazilian, for nothing more than being the partner of Snowden saga journalist Glenn Greenwald, was an attempt at pure intimidation.

Rieder added, "As is so often the case with such ham-handed measures, Britain's action is likely to backfire."

No shit. There's an old saying about the lack of wisdom in picking fights with people who buy ink by the barrel. Now that pixels have largely replaced ink, the potential risk in infuriating journalists with crude threats can only be magnified.