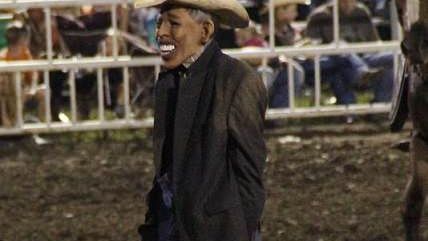 A rodeo clown donning a Barack Obama mask at the state fair in Missouri caused a bit of a fuss.

A clown wearing a President Obama mask appeared at a Missouri State Fair rodeo this weekend and the announcer asked the enthusiastic spectators if they wanted to see "Obama run down by a bull."

The antics led the state's second highest-ranking official, Lt. Gov. Peter Kinder, to denounce the performance in a tweet Sunday. He said it was "disrespectful" to the president.

It's disrespectful, which is not a word you'd use to describe, say, the president airlifting his dog to join him on vacation while claiming reductions in spending growth would cripple the country. Respect the office!