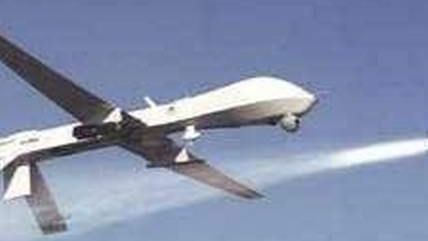 Terrorists have been known to plant two bombs at a time — one intended not only to do damage, but to attract police and emergency personnel, and the other targeted at those first responders. Such a double attack was attempted at a shopping area in Stockholm, Sweden, in 2010. It was also a favorite tactic of Eric Rudolph, who planted two bombs at an Atlanta gay bar as well as at a clinic that provided abortions. You know who uses a similar tactic? If reports are true, the United States government's own Central Intelligence Agency finds this approach irresistable.

From the Bureau of Investigative Journalism:

A field investigation by the Bureau of Investigative Journalism in Pakistan's tribal areas appears to confirm that the Central Intelligence Agency (CIA) last year briefly revived the controversial tactic of deliberately targeting rescuers at the scene of a previous drone strike. The tactic has previously been labelled a possible war crime by two UN investigators.

The Bureau's new study focused mainly on strikes around a single village in North Waziristan – attacks that were aimed at one of al Qaeda's few remaining senior figures, Yahya al-Libi. He was finally killed by a CIA drone strike on June 4 2012.

Congressional aides have previously been reported as describing to the Los Angeles Times reviewing a CIA video showing Yahya al-Libi alone being killed. But the Bureau's field research appears to confirm what others reported at the time – that al-Libi's death was part of a sequence of strikes on the same location that killed up to 16 people.

If correct, that would indicate that Congressional aides were not shown crucial additional video material.

The CIA denies all. It knows nothing of such perfidious activities. But other news outlets have reported similar double drone strikes. Last July, CNN reported on an attack in North Waziristan.:

In the incident, which occurred shortly after 10 p.m., two missiles struck the compound in the residential area followed by another four missiles that were fired 10 minutes later, the officer said. The death toll rose from nine to 20 as people who had gathered at the site after the first strike were hit in the second, the officer said.

It should go without saying that even the best-targeted initial strike can draw unknown and perfectly innocent people to offer assistance. Justifying an attack on those people requires stretching moral flexibility to the breaking point.