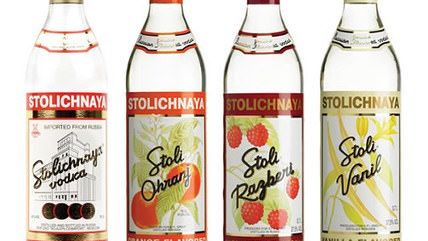 Russia is a pretty terrible place to be right now if you're gay. They recently criminalized anything remotely gay, outlawed gay pride events, and banned adoptions by foreign gay couples. Russian nationalists are using social media to lure out gay teens and torture them on video. Gay people in Russia are being publicly physically attacked with no consequence; indeed, the police and government seem to be cheering it on.

It's difficult to watch such a large, developed nation treat people so terribly, and so Westerners are mulling over what we could possibly do to influence Russia to change its behavior.

Inevitably such talk leads to calls for boycotts. It is the most logical choice. We have no real influence over Russia's politics as citizens. The overwhelming political approval of anti-gay legislation in Russia indicates internal resistance is going to be extremely difficult and dangerous. In this situation, a refusal to contribute to Russia's economy is probably the only way an average Westerner can respond.

There was some chatter about trying to boycott the Sochi Olympics in 2014, but that seems extremely unlikely. The latest call is to boycott Russian vodkas, and gay bars across the country have started to come on board.

One of the big targets is Stolichnaya Vodka, and here's the boycott starts running into problems in this big world full of global corporations and international trade. The Stoli we drink here in the states is not made in Russia. It's actually made in Latvia. It is actually a different vodka from what is sold within Russia. Russia seized the internal brands and renationalized them back in 2001. There is a big, nasty battle between Russia and the private Stolichnaya company and its owner, Yuri Scheffler.

Unfortunately, it doesn't seem that boycotters quite get it. Stoli sent out an open letter Thursday, declaring its support for gay rights, mentioning its history of activity within the gay community in America and other countries. But, Dan Savage posted, this isn't enough. What are they doing about about the suffering of gays in Russia? Scheffler is one of Russia's richest men!

There's a big Western bias in this argument, assuming that Russia's corporatism is like America's or Europe's corporatism. Because Scheffler's rich, he must have some sort of government influence! There must be something he can do! No doubt there are certainly similarities, but you simply can't ignore Russia's deeply nationalist streak and how closely it's flirting with autocracy. It doesn't take that much research to see how difficult a position Scheffler is in. Russia wants his company. This story from The Guardian from 2002 makes it very clear that Scheffler is no friend of Putin's:

In May, 200 masked police ransacked the SPI headquarters in Moscow. An SPI spokesman said: 'These stormtroopers openly said they were assigned to destabilise our business rather than find any proof of our guilt.'

Scheffler himself is wanted for "questioning" for allegedly threatening the director of the parts of the Russian company that were renationalized.

What's sad about this effort is that if Russia succeeds in getting its hands back on Stoli, then a boycott actually makes sense. But the consequence will be that a powerful businessman who does support the gay community will lose his company. Boycotting Stoli now is a very bad idea. Scheffler is an ally who the gay and lesbian community needs to work with, not alienate. From a Western perspective it may be hard to realize that an incredibly rich person like Scheffler has the potential to be a victim of Russia's authoritarian regime like its gay citizens or members of Pussy Riot, but it's extremely important not to look at the nature of power and influence there the way we do here.

Mandatory reading for anybody looking to understand Russia's mindset these days: Cathy Young's lengthy piece from the January issue of Reason magazine, "Putin Goes to Church." The country is willing to let children rot in state facilities rather than be adopted by Americans. Keep that in mind.