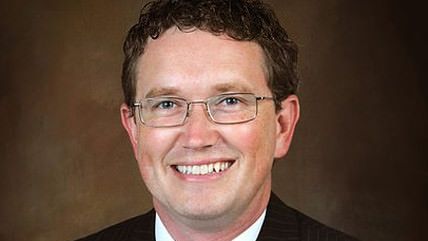 An amendment to the House Defense Appropriations Act introduced by Rep. Thomas Massie (R-Ky.) that blocks the U.S. military being used in offensive operations in Egypt was passed by the House in a unanimous voice vote yesterday afternoon.

The amendment was cosponsored by Reps. Amash (R-Mich.) and Yoho (R-Fla.).

Read the full text of the press release from Massie's office below:

"I am pleased that the House of Representatives passed my amendment, and that my colleagues agree that the United States should not become further embroiled in the ongoing conflict in Egypt.  Since our national security interests in Egypt remain unclear, we must proceed cautiously to avoid providing taxpayer money and military assistance to our enemies."

The amendment, cosponsored by Reps. Amash (R-MI) and Yoho (R-FL), prevents the U.S. Military from engaging in offensive operations in Egypt and prohibits the Department of Defense from providing new assistance to Egyptian military or paramilitary groups without congressional approval.

A recent National Journal poll found that only 16 percent (16%) of both Republicans and Democrats think America should escalate its involvement in Egypt, and nearly half of all those polled said the United States should either reduce aid to Egypt or eliminate it entirely.

Here is the text of the amendment:

Unfortunately, Amash's amendment to the bill, which would have restricted NSA data mining, was narrowly defeated.