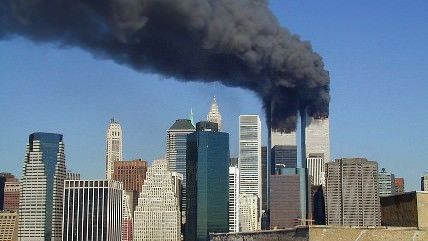 According to a recent study written by Seth Jones of the RAND Corporation Al Qaeda is growing and remains a threat to the U.S. However, the study also suggests that Al Qaeda and its allies are becoming increasingly decentralized and more interested in establishing strongholds in areas such as North Africa while most members are not actively plotting to carry out terrorist attacks in the U.S.

Over a decade since the launch of the War on Terror it seems that not only is Al Qaeda still around, it is growing. While it might be reassuring to American policy makers that Al Qaeda and its allies are not as keen on planning terrorist attacks on U.S. soil as they once were they will not be reassured to hear that a growing Al Qaeda is seeking to undermine particular unstable regions.

From the RAND Corporation study:

What are al Qa'ida's objectives? The answer depends, in part, on which al Qa'ida figure one is referencing. Al Qa'ida leaders in various parts of the world – Abu Bakr al-Baghdadi (also known as Abu Du'a) in Iraq, Abdelmalek Droukdal in North Africa, Ahmed Abdi aw-Mohammed in Somalia, Nasir al-Wahishi in Yemen, and Abu Muhammad al-Jawlani in Syria – tend to have parochial goals. They want to establish Islamic emirates in specific countries or regions, though they may be agnostic about a broader violent jihad. For al Qa'ida in the Islamic Maghreb (AQIM) leader Abdelmalek Droukdal, for example, the goal is to overthrow regimes in North Africa, especially Algeria, and replace them with an Islamic regime. And France, rather than the United States, is the most significant foreign enemy.

In Mali, the French-led intervention has put plans to establish an Islamic emirate on hold, while in Syria it remains to be seen what influence Al Qaeda-linked groups will have after the civil war.

Although findings like those highlighted in the RAND Corporation study should be reassuring to Americans (Al Qaeda may be growing but its focus is shifting) the fact is that the Obama administration will soon be sending weapons to at least one of Al Qaeda's latest theatres of operation, despite there being no immediate American interests at stake.