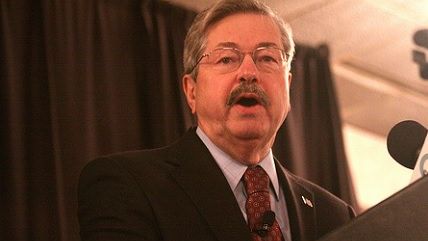 An update on Larry Hedlund, the law enforcement official (a "special agent in charge" with the Iowa Department of Criminal Investigations) who called in the Iowa governor's SUV speeding at 90mph: he's been fired. After a disciplinary review, naturally. Authorities deny the call about the governor's SUV led to the firing, accusing Hedlund instead of "negative and disrespectful comments" made via e-mail about the director of DCI and using his government vehicle on a vacation day (the day he called in the governor's SUV). The department said his continued employment would be "counterproductive" to their "best interests." Hedlund's attorney says he plans to sue.

In our last story about this, commenter Eduard van Haalen noted Hedlund's appearance in this video of an apparent arrest of someone who was filming police.*

According to DCI itself, Hedlund had never been disciplined before his firing.

*UPDATE: Apologies, it's a different Hedlund in the video.