It Wasn't Us, TSA Says of Car Searches at the Rochester, NY, Airport 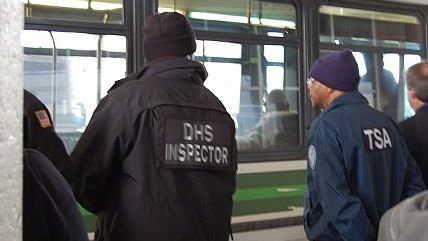 Well, the Transportation Security Administration actually got back to me on my query about searches of valet-parked cars at the Rochester, New York, airport. As is often the case with government agencies, though, the official statement is essentially innocuous: "Each airport authority, along with their state and local law enforcement partners, is responsible for securing airport property, including the outer perimeter." The rest of the response, such as it is, is on-background and off-the-record — two categories for disseminating information that annoy the hell out of me. Often, information is given out that way in order to lob untraceable spitballs at somebody else.

Suffice it to say, as you can tell from the official statement emphasizing airport authorities and local agencies, TSA doesn't want to take credit for the car searches at Rochester's airport. Also, I think it's a safe bet that Laurie Iacuzza, and anybody else who left cars with valets at the airport before this story broke, was very likely not properly informed that their vehicles would be searched.