Military Wastes Millions on Headquarters Never To Be Used 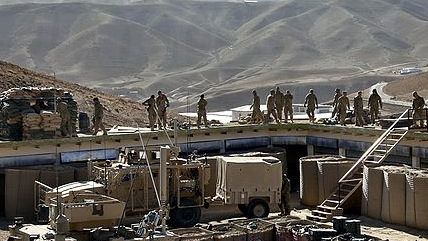 The U.S. military has wasted $34 million on a vast new headquarters in Afghanistan which will most likely never be used by U.S. forces. The 64,000 square foot monument to government incompetence stands vacant at Camp Leatherneck, Helmand province, Afghanistan.

The windowless, two-story structure, which is larger than a football field, was completed this year at a cost of $34 million. But the military has no plans to ever use it. Commanders in the area, who insisted three years ago that they did not need the building, now arein the process of withdrawing forces and see no reason to move into the new facility.

So what is to be the fate of the military's latest white elephant?

"The building will probably be demolished," said John F. Sopko, special inspector general for reconstruction in Afghanistan. "Unfortunately, it is unused, unoccupied, and presumably will never be used for its intended purpose."

Nor can the new facility be neatly handed to the Afghan government for use by its own military, as the base would need to be overhauled and converted to Afghan electrical configuration.

The structure is so lavishly built that a two star general said it was "better appointed than any Marine headquarters anywhere in the world." The general, speaking off the record said "What the hell were they thinking."One can only assume with such a mismanaged project that they weren't thinking at all.

The inability to stop an unwanted and useless construction project after three years of requests to do so, encapsulates some of the worst aspects of military overspendingg. For those who crow about the possibility of cuts in the defence budget, it is projects such as this which serve as a reminder of the vast amount of waste in the defense budget. The new HQ is by no means the only expensive structure to be built by the military in Afghanistan later to be found unwanted. The Washington Post also reports of $80 million dollars spent on a building planned to be an American consulate. After all the expenditure, it was concluded that the facility was too vulnerable to attack, and so it remains unused.