Another war to end despite the president's efforts? 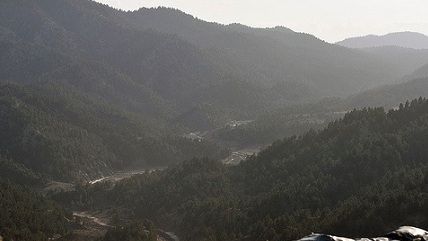 The Obama Administration has floated the idea of a complete troop withdrawal in Afghanistan by 2014 over frustrations with the Karzai government. The bags and bags of cash sent to Afghan president Hamid Karzai may have fueled a lot of corruption in Kabul but, unsurprisingly, it didn't win actual friends. The Afghan government is not keen on granting NATO troops broad immunity, a key US demand. It also wants more control of how aid money is spent. Karzai suspended talks about post-2014 military cooperation over his perceived exclusion from peace talks with the Taliban organized in Qatar. Barring a successful attempt to change or sidestep the constitution, Karzai is term-limited. A new president is set to be elected in April 2014.

President Obama spoke to Karzai via video teleconference in late June in an effort to ease tensions. It did not go that way. Via the New York Times:

A videoconference between Mr. Obama and Mr. Karzai designed to defuse the tensions ended badly, according to both American and Afghan officials with knowledge of it. Mr. Karzai, according to those sources, accused the United States of trying to negotiate a separate peace with both the Taliban and their backers in Pakistan, leaving Afghanistan's fragile government exposed to its enemies.

Mr. Karzai had made similar accusations in the past. But those comments were delivered to Afghans — not to Mr. Obama, who responded by pointing out the American lives that have been lost propping up Mr. Karzai's government, the officials said.

Karzai, who has been president of Afghanistan since 2001, has long been seen by US policy makers as key to American "success," however defined, in Afghanistan. By the end of his term, George Bush had become "the case officer for Afghanistan," the Obama transition team observed. The White House now describes Obama's video teleconferences with Karzai "part of their regular consultations." Obama's plans to keep troops in Afghanistan past 2014 (to train Afghan security forces and target terrorist outfits) relies on Karzai even as his presidency is set to end within a year. Karzai fears the separate peace the US is trying to negotiate with the Taliban as a save face could weaken or threaten his government. The US has fought a war in Afghanistan since 2001; whether or not the Karzai government or any successor can survive absent American backing isn't going to change over another year or two or more of war.

The peace talks, meanwhile, are going nowhere. Notably, before he died in 2010, the president's special envoy to Afghanistan and Pakistan, Richard Holbrooke, had been pushing the idea of peace talks within the White House, finding some of the stiffest opposition among Obama's political advisors. Obama tried and failed to abort the end of the war in Iraq, but succeeded in telling the story that he "ended the war in Iraq." His dysfunctional foreign policy may find the same sort of hollow success in Afghanistan.