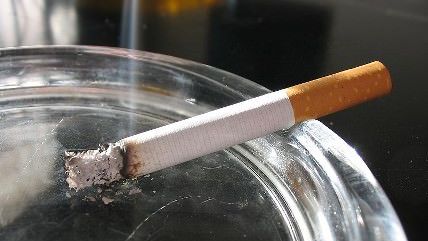 The 94-year-old former German Chancellor Helmut Schmidt has hoarded 38,000 menthol cigarettes in his house, fearing that they could be banned by the European Union.

Schmidt, 94, has a carte blanche when it comes to smoking. Whether on live television or indoors at political conventions, the former-Chancellor is allowed to light up where he pleases.

But it would seem even he is not above EU law, as central parliament in Brussels is considering banning his favourite vice – menthol cigarettes.

One step ahead, Schmidt has apparently stashed 200 cartons of his preferred brand, Reyno, in his house, the Hamburger Morgenpost revealed. This means that he has enough to keep him on a packet a day until he turns 100.

Schmidt, a well known lover of menthol cigarettes, is not being overly prepared. The European commission is hoping to ban menthol cigarettes. The proposed ban on menthol cigarettes is only the latest example of the nannying instinct exhibited by many legislators in the European Union, which has already proposed or implemented bans on unsupervised children blowing up balloons, refillable olive oil jugs, and pictures of babies on baby formula.