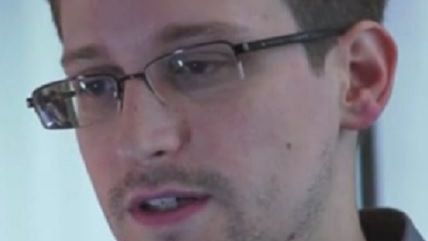 The NSA leaker Edward Snowden has applied for asylum in nearly two dozen countries according to Wikileaks, which is providing him legal assistance. He has, however, reportedly dropped his bid to apply for asylum in Russia. That news, from a Putin spokesperson, follows the Russian president's declaration that he'd only consider granting asylum to Edward Snowden if he stopped "his work aimed at damaging our American partners." It was a more conciliatory tone than Putin had taken earlier, when he called U.S. criticisms of Russia's handling of Snowden as "ravings and rubbish."

Ecuador's president Rafael Correa, meanwhile, said issuing the Ecuadorian travel document that Snowden used to depart for Russia from Hong Kong in the first place was a mistake, shortly after a meeting with Joe Biden. Just a few days before that, Ecuador said Snowden's asylum application would take months to process. Ecuador previously unilaterally canceled their trade deal with the U.S., ostensibly to prevent it from being used to pressure Ecuador to deny Snowden asylum. Given Ecuador's new stance, it could well be that the anti-trade Correa merely used the Snowden issue to nix a deal he wasn't interested in (edit: or one he knew the U.S. wasn't actually interested in).

Other countries' responses to Snowden's asylum requests have been similarly lukewarm or negative. Brazil became among the first to reject it, saying officially it won't answer his request (India, too, said it saw no reason to grant Snowden asylum), while eight European countries (Austria, Finland, Germany, Ireland, Norway, Poland, Spain, and Switzerland) have said an asylum request would have to be made on their soil. Venezuela's president Nicolas Maduro has sounded more positive, calling Snowden's actions "important for humanity" and saying the leaker deserved "the world's protection."

Matthew Feeney previously explained how Snowden was seeking refuge in authoritarian regimes not because he supported them but because he is trying to stay out of jail. Snowden's options seem to be constantly dwindling.

It takes two to defect; if Snowden passed sensitive U.S. information to other countries, wouldn't those countries presumably be more willing to grant him asylum? That they haven't suggests that he hasn't. When the U.S. charged Snowden with espionage and theft of government property they did not mention Snowden passing information to any specific country, only that he transmitted the information to "unauthorized person(s)" (like us?). The NSA has similarly rejected FOIA requests related to the revealed surveillance operations by claiming they would aid unspecified "adversaries" ("our" adversaries was as much detail as the NSA was going to give).

Snowden's difficulty in securing asylum anywhere does show, however, that there's still something U.S. foreign aid buys, other than bigger houses for foreign officials.