Federal Officials, Drug Warriors, Struggle To Adjust as Popular Opinion on Marijuana Leaves Them Behind 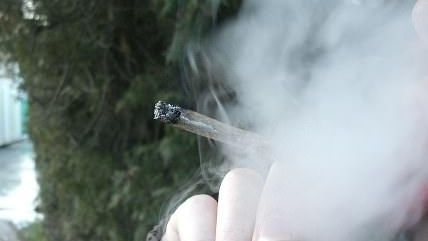 It's no secret that public sentiment in the United States has moved a long way on marijuana. Polls now find that half or more of the population supports outright legalization of the stuff. That shift on a major public policy issue catches many government officials, especially at the federal level, flatfooted. Having built careers around the idea that it's a swell idea to arrest, imprison and brutalize people for ingesting the "wrong" intoxicant, they find themselves unable to catch up with changing times as much of the country turns its back on their drug-warrior ways.

It took 50 years for American attitudes about marijuana to zigzag from the paranoia of "Reefer Madness" to the excesses of Woodstock back to the hard line of "Just Say No."

The next 25 years took the nation from Bill Clinton, who famously "didn't inhale," to Barack Obama, who most emphatically did.

And now, in just a few short years, public opinion has moved so dramatically toward general acceptance that even those who champion legalization are surprised at how quickly attitudes are changing and states are moving to approve the drug — for medical use and just for fun. …

Washington policymakers seem reluctant to deal with any of it. …

The overarching question has big national implications. How do you do all of this without inviting the wrath of the federal government, which has been largely silent so far on how it will respond to a gaping conflict between U.S. and state law?

The Justice Department began reviewing the matter after last November's election and repeatedly has promised to respond soon. But seven months later, states still are on their own, left to parse every passing comment from the department and President Obama.

In December, Obama said in an interview that "it does not make sense, from a prioritization point of view, for us to focus on recreational drug users in a state that has already said that under state law that's legal."

In April, Attorney General Eric Holder said to Congress, "We are certainly going to enforce federal law. … When it comes to these marijuana initiatives, I think among the kinds of things we will have to consider is the impact on children." He also mentioned violence related to drug trafficking and organized crime.

The article notes that supporters of legalization "range from libertarians who oppose much government intervention to people who want to see an activist government aggressively regulate marijuana production and sales," so the ultimate shape of legalization is uncertain, other than the fact that much of the population is done with marijuana prohibition. That's natural for evolving policy, especially with regard to an established industry that's accustomed to operating in the black market and can remain there if rules for legal operation are too restrictive.

The incoherent and contradictory quotes from President Obama and Attorney General Eric Holder are representative of a drug warrior establishment which also includes researchers who insist that questions of personal liberty should be subject to "science" and drug cop careerists who seem poised to continue arresting people in defiance of state-level legalization.

Once again, enforcing new restrictions on people's behavior seems to come naturally to the political class and its enablers, but backing off control and letting people choose evokes anguish and panic. But back off they must, as public opinion changes.