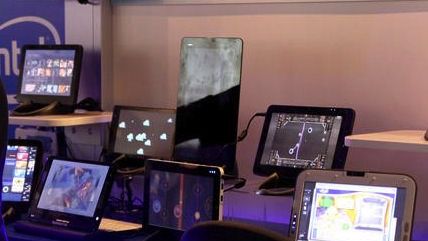 The Wall Street Journal reports that less than 2 months after President Barack Obama announced plans to increase the Federal minimum wage from $7.25 an hour to $9 an hour, businesses are already freaking out. The owner of a cupcake shop in Virginia Beach is considering replacing 10 of her employees with tablets:

Carla Hesseltine is considering buying a few tablet devices for her bakery so customers can place orders for her signature M&M cupcakes on their own, straight from the counter.

The reason: She fears the $7.25 an hour that she currently pays her 10 customer-service employees, mostly college students, could rise, perhaps to $9 an hour under a pledge by President Barack Obama earlier this month.

In order for her Just Cupcakes LLC to remain profitable in the face of higher expected labor costs, Ms. Hesseltine believes the customer-ordering process "would have to be more automated" at the Virginia Beach, Va., chain, which has two strip-mall locations as well as a food van. Thus, she could eliminate the 10 workers who currently ask customers what they would like to eat.

Vera Soliman was a 2013 Reason intern.