Peter Suderman | From the January 2013 issue 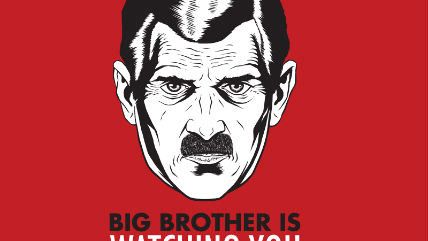 The people of Prince George's County, Maryland, don't like being watched. Since April six of the county's traffic cameras have been vandalized, including one that was shot and another that was burned down entirely.

Replacing those cameras is expensive, county police officials say, costing between $30,000 and $100,000. So in September they unveiled a plan to catch the camera vandals: surveillance cameras to watch the surveillance cameras. By the end of the year, Prince George's County Police Maj. Robert Liberati, who heads the county's traffic camera program, expected to have a dozen meta-cameras in place.

Liberati told the Washington, D.C., radio station WTOP that each act of vandalism takes a camera "off the street that operates and slows people down, so there's a loss of safety for the community." He did not estimate the cost of installing the camera-watching cameras or speculate whether they will provoke additional vandalism.