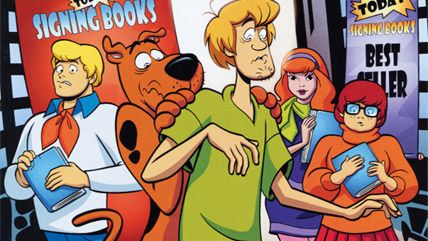 In 1954, facing censorship on the local level and with Senate hearings looming in Washington, the comic book industry created the Comics Code to stave off further regulation. The code's rules ranged from a requirement that "in every instance good shall triumph over evil" to bans on sex, drugs, "deformities," and "excessive use" of slang. Whole genres of comics were destroyed.

With time the moral panic subsided, the rules softened, and a new wave of adult-oriented titles appeared. In 2001 Marvel Comics adopted its own rating system and dropped the code altogether. In January 2011 the other major comic book publisher, DC, did the same thing. And a day after DC's decision, Archie Comics followed suit.

Yes, Archie Comics: the home of Archie Andrews, Jughead Jones, Betty, Veronica, and—this is as deviant as it gets—Sabrina the Teenage Witch. Don't worry, the kids of Riverdale aren't about to endure a darker, edgier reboot. You just don't need the Comics Code Authority's seal of approval to know what you're getting when you buy an Archie comic book.

Archie was the last company following the code, and its exit rendered the rules defunct. The most powerful relic of the 1950s anti-comics crusade is finally and deservedly dead.